WayMaker: A Music Video or A Note from God? 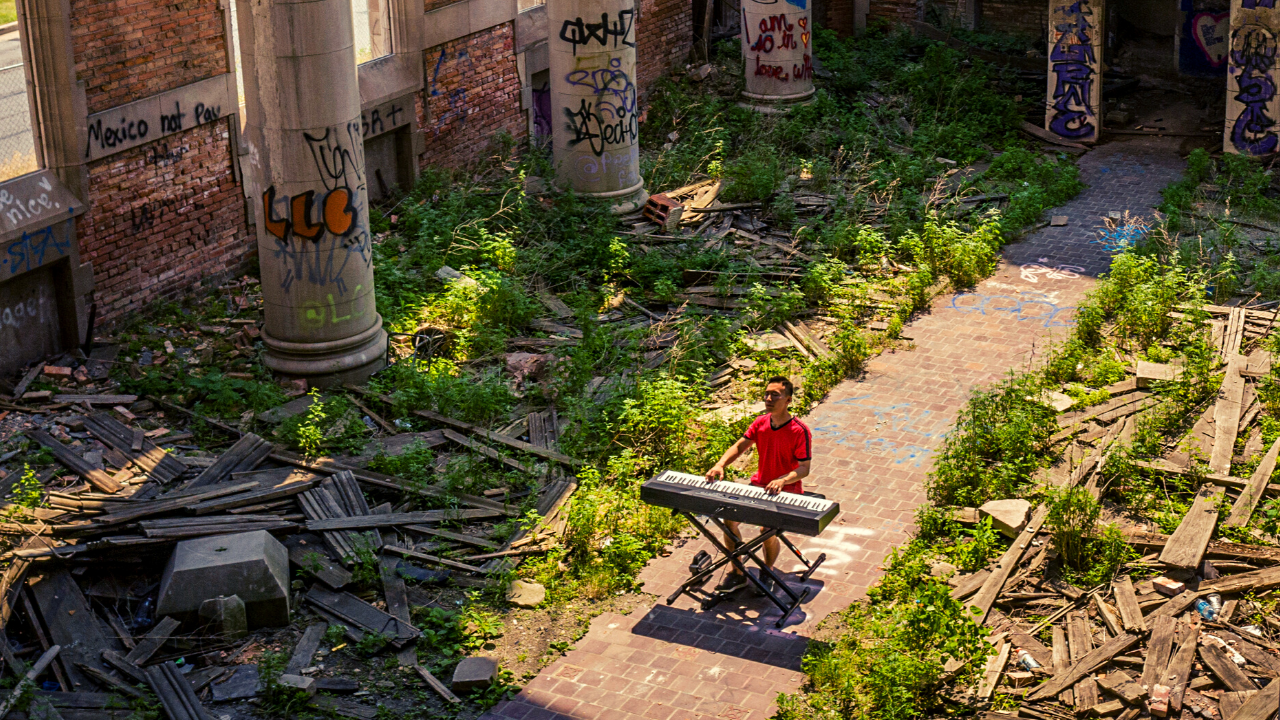 I had a clear vision in mind: Trains. A big railyard full of abandoned boxcars, graffiti, and tracks heading in every direction. I could see it in my head so clearly.  When thinking about “WayMaker”, I didn’t see quaint pastel shops and blossoming trees that were all around me in Petoskey, MI. I saw dirty, hard, broken things…because the times in my life where I let God truly lead me, were usually painful and exposed my brokenness.  Petoskey was too “put together” for a music video like this…so our team came up with a adventurous plan…in two days we would drive to Goshen, Indiana, a city just across the Michigan border and full of railroads! 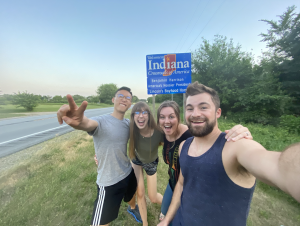 We cleared our schedules, made arrangements, and headed south. The road trip was full of Chik-Fil-A sauces, tongue twisters, and tears from laughing way too hard. (Mainly because I kept screwing up “How Much Wood Does A Woodchuck Chuck”.) Our spirits were high, and although we didn’t get to bed until well past midnight, we had no problem waking up at 7am the next day to talk to the Yard Master and ask permission to film on some tracks. But by 8am we were feeling pretty disheartened…The railyard was MASSIVE, housing over 100 tracks, but even the lines that were holding abandoned or broken boxcars were considered live. We were too much liability. Our plan for this music video was literally stopped in its tracks.

I don’t want you thinking we didn’t plan well or put in enough thought or work into this music video though. At this point, I was my only full-time employee. I didn’t just sit at my piano and play all day long. In addition to creating my piano arrangements and any orchestration, I also had to write and edit the sheet music, master all the tracks, distribute my music onto multiple streaming services, create and manage ads, manage 3 social media accounts, respond to all messages and emails, and find locations to film my music videos (which usually entails communicating with a minimum of 3 different parties and then arranging for a piano to be moved). I have to do a lot…So when all my calls to the railyard were left unanswered, I took a leap of faith and drove my team 5 hours south to Goshen, Indiana.

But our plans fell through. And although we didn’t know it then, God had prepared an even better filming location for us. Tabor and Kristin, and Chantelle and I sat down to regroup. Would we have to drive back to Michigan and disappoint our fans who were expecting a new music video? Would we have to settle on a filming location that didn’t match our vision? Would we have to wait another month to plan better and give up this weekend as a loss? There were so many questions, none of them giving us a satisfying answer. I’ve never been one to give up though (at least not easily).  I hopped on Google and typed in “abandoned buildings”. I saw this church in Gary, IN. It had been used in a scene of Transformers 3. That’s cool! I called the number listed for the church. No answer. Pretty used to that by now…Was it still standing? Could we even get in? 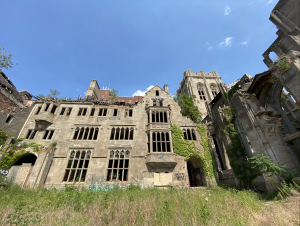 Kristin went on Instagram. If there were recent posts from that location that would at least give us some idea. There were pictures, but these pictures didn’t calm our nerves at all…Every picture we saw tagging this church was from a lingerie shoot. Scantily clad to nude women posing in every corner of this once holy building. Now there was a totally different set of questions running through our heads. Do we need a license to enter this building? Will naked women be in our music video? If we do get in, what will the lighting be like? We didn’t bring any equipment for that…we thought we’d be filming in a railyard! This church is almost 2 hours away, what if it doesn’t work? These were all valid questions, and we didn’t have answers to any of them. But I felt a stirring in my heart, pulling me to this church.  Somehow, I convinced the team to give this church a shot. So after a quick lunch, we jumped back in the car and drove to Gary, Indiana, praying we wouldn’t run into any models. 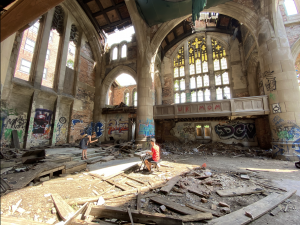 Our car rides are always lively, but when we drove into Gary, we fell silent. I had heard not-so-great things about Gary, but seeing it with my eyes…it was hard. 90% of the storefronts were boarded up, buildings looked like they would fall over at the next gust of wind, and the houses had bars over every window and door – reminding me more of a jailhouse than a home.  I couldn’t drive through Gary without feeling a great sadness and brokenness deep within me. This was a community that was living in agonizing pain. And as I looked at the buildings and homes passing by, I wondered if they were so closed off because maybe it’s easier to keep people locked out of the pain rather than enter in… Lost in my thoughts, we eventually found the church looking just as decrepit – boarded up and falling apart. We parked our car in an alley, grabbed our gear, and ducking underneath a barbed wire fence, entered the church. As we stepped inside, I was at a loss for words once again… This huge Methodist church sat in the heart of Gary, Indiana crumbling and completely abandoned. It once held a thriving congregation, but the only sign of human life was now seen through graffiti and piles of trash. A place of worship had become a sanctuary for the broken – signs of violence littering the walls. 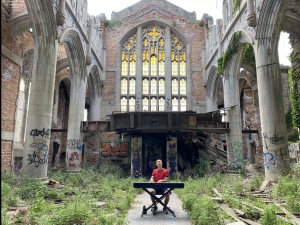 Yet, amongst all the ruins of this once magnificent church, were signs of life. Green grasses and flowers covered the floor where the roof had caved in. A single wall of stained glass windows remained, with sunlight and brilliant colors dancing on the stone pillars. And here we were…ready to film a music video about our great God: our Way Maker, Miracle Worker, Promise Keeper, Light in the Darkness.   But we never planned to film here. God brought us here. He made a way that was so much better than what we had planned – something so perfect that it could only come from Him. I felt so moved, and left that amazing church worshipping and praising God for His love and His goodness, praying that this video would touch people the way it had touched me. 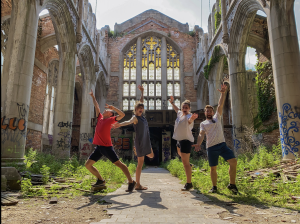 And it did! Within hours of releasing the music video I got comments like these:

“Yes right in the middle of the darkness, ruin, defacement, scorn, and disrespect He brings beauty out of the ashes. We will praise our God despite all things around us crumbling. He is worthy! He remains on the throne.”

“I believe this video is a prophetic piece for today…  This song, in this setting, the brokenness and disrespect, yet the new things springing up in the place of the old, the manmade being replaced with what God has made… “

I’m so glad I took that leap of faith. I’m so glad God revealed himself to me like this, showing me once again that all the pain and brokenness is okay if we allow Him to enter in, to redeem it all, bringing beauty from the ashes. 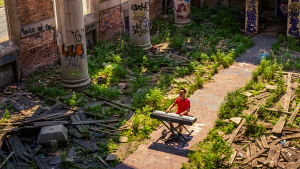 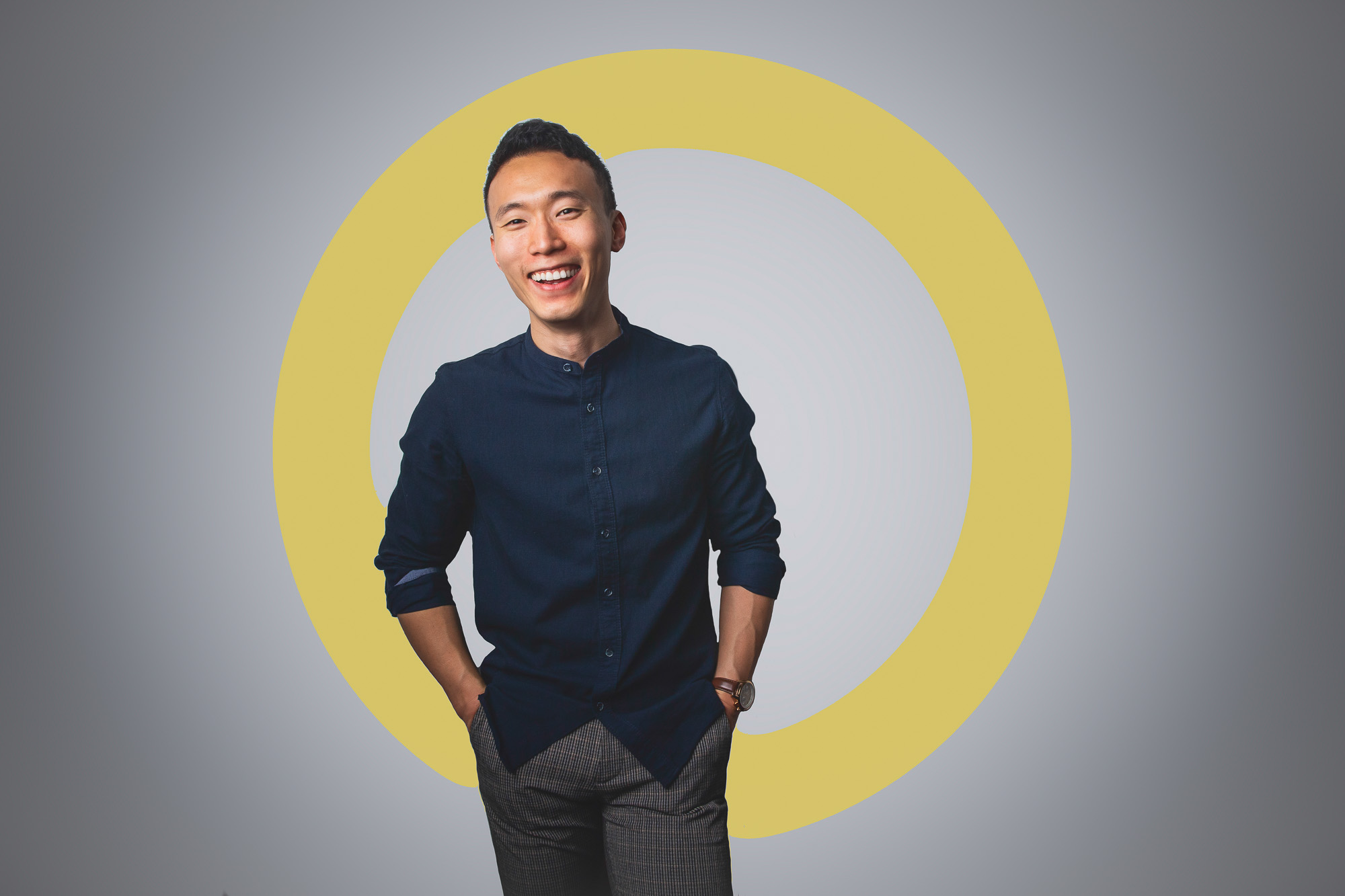 Get a Free Album!

Subscribe to my newsletter and I'll send you my favorite piano cover worship album...completely free! 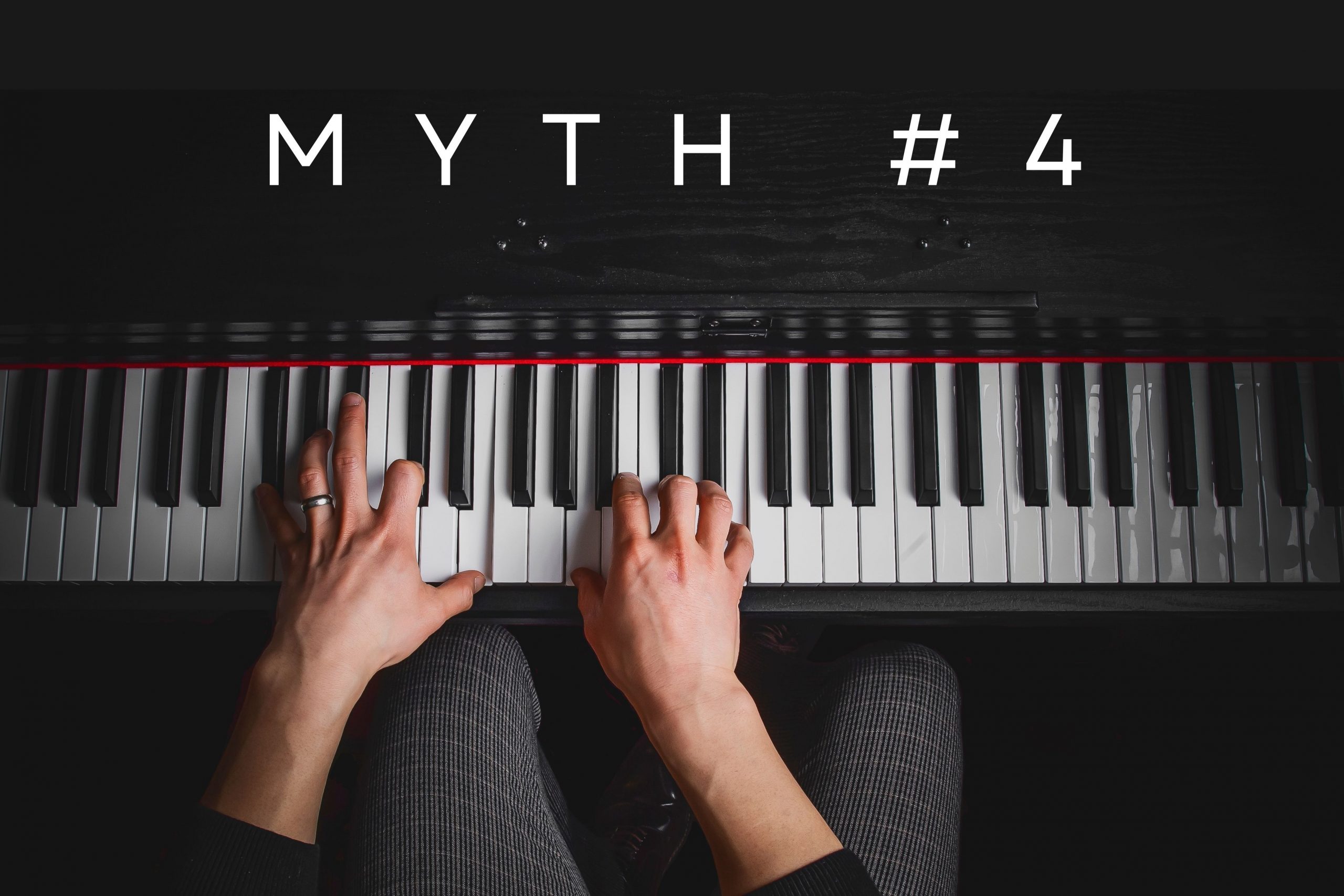 In the last three weeks, we debunked three popular myths that stop beginner pianists from growing and achieving their goals. These are: Myth #1: You 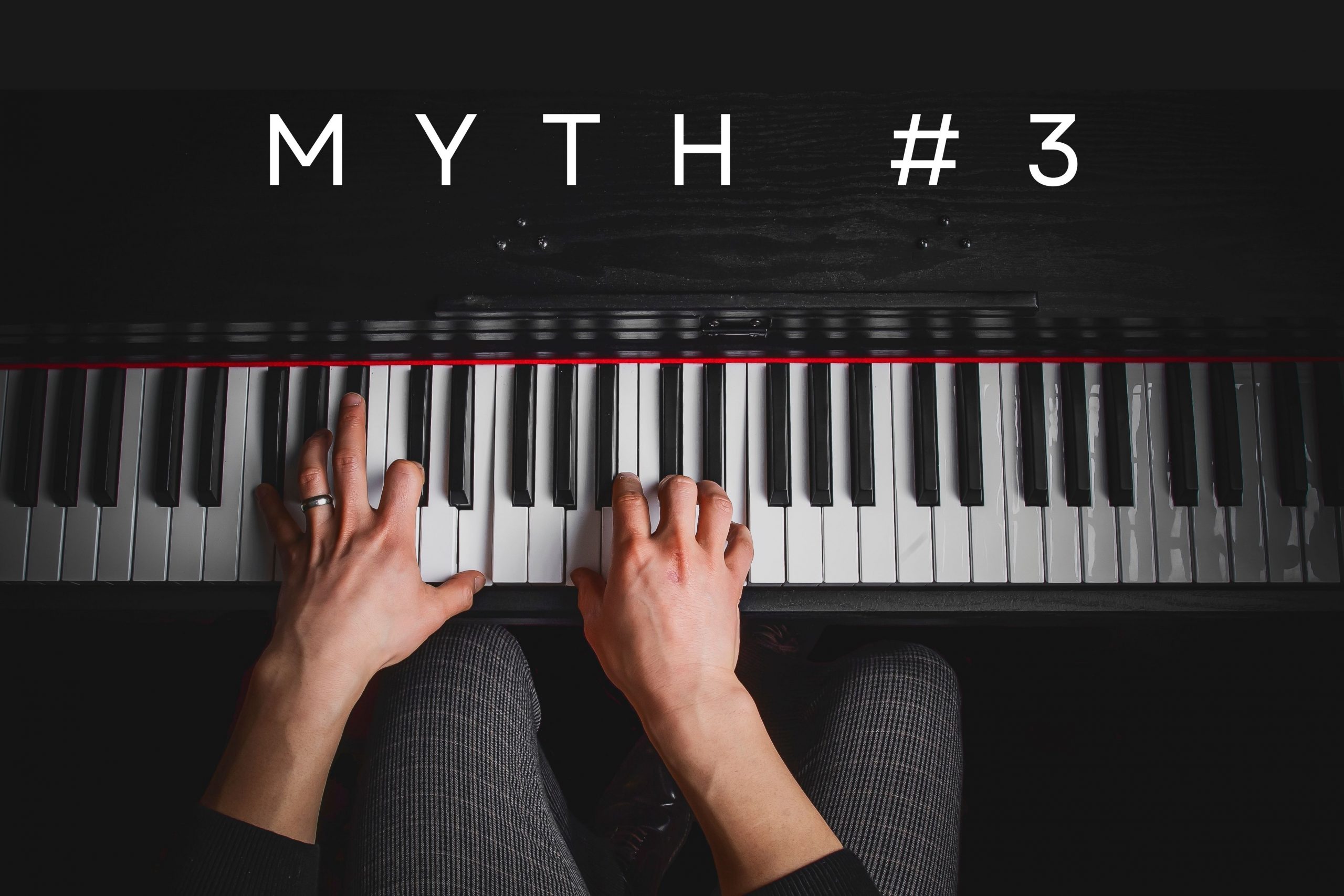 Over the last two weeks, we’ve busted two popular piano myths:  Myth #1: You must always start with sight-reading music. Myth #2: You can only

Last week, we busted Myth #1: Sight Reading – you don’t need it in order to learn to play piano! Many beginner pianists are relieved 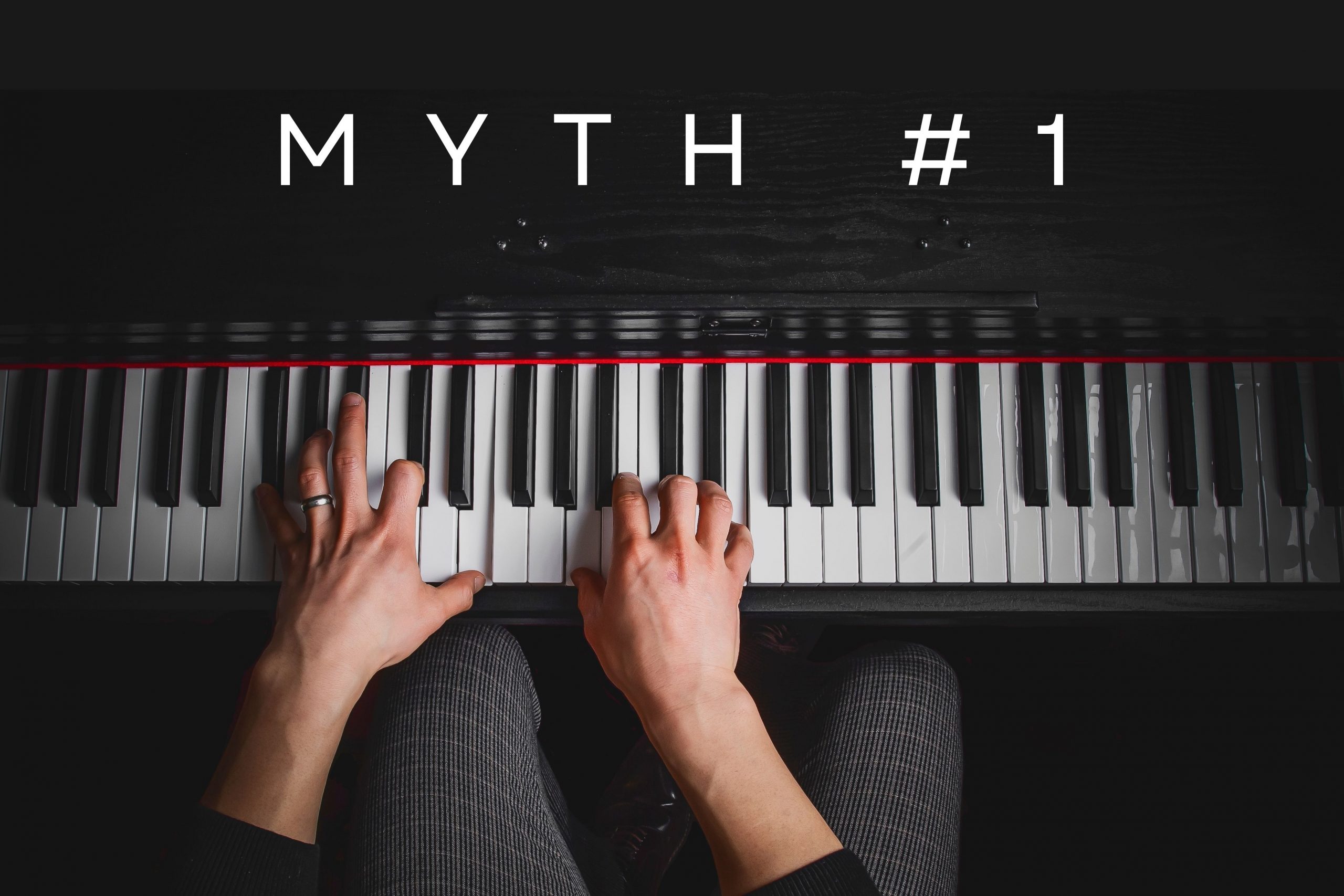 Learning to play the piano is a life giving and life changing experience…for some… Many students quit too soon, even if they started out enthusiastically.Some